By Robin Foster and E.J. MundellHealthDay Reporters (HealthDay) WEDNESDAY, Oct. 21, 2020 (HealthDay News) — A third surge of coronavirus cases now has a firm grip on the United States, with an average of 59,000 new infections being reported across the country every day. That tally is the highest since […]

WEDNESDAY, Oct. 21, 2020 (HealthDay News) — A third surge of coronavirus cases now has a firm grip on the United States, with an average of 59,000 new infections being reported across the country every day.

That tally is the highest since the beginning of August, and the likelihood is high that the country will soon see the most new COVID-19 infections a day since the pandemic began, The New York Times reported.

This latest surge differs from the previous two: Instead of acute outbreaks in specific regions, such as the Northeast this spring and the South this summer, the virus is now simmering at a worrisome level across nearly the entire country, the Times reported. Colorado, Illinois, Kentucky, Michigan, Montana, New Mexico, North Dakota, Ohio, South Dakota, Utah, Wisconsin and Wyoming each set seven-day case records on Tuesday. Even New Jersey, which managed to bring the virus under control last spring, has seen a doubling in cases in the past month, the Times reported.

“It is a really dangerous time,” Dr. Tom Inglesby, an infectious disease expert at the Johns Hopkins Bloomberg School of Public Health in Baltimore, told the newspaper. “The majority of states are on the rise. There are very few places where things are stable and going down.”

Even more troubling is the fact that this latest surge is coming as cooler weather is forcing people indoors and many Americans report they are fatigued by months of social distancing and travel restrictions, the Times reported.

“We’re seeing spread virtually everywhere,” Ohio Gov. Mike DeWine said during a news conference Tuesday. In his state, 69 of 88 counties are now considered “high incidence,” meaning at least 100 virus cases per 100,000 people in the past two weeks, the Times reported.

But instead of imposing new measures to curb the spread of COVID-19, Dewine said that, “The fastest way we can do it is not for me to issue some order that you can’t enforce or would be difficult to enforce, but rather for every Ohioan to take this seriously,” he said, grabbing his cloth mask and holding it up, the Times reported.

In North Dakota, which is leading the nation in new coronavirus cases per capita, hospitalizations and deaths are at a high, and just 20 intensive care beds were available statewide.

Luckily, the climbing case count has not yet translated to increased deaths: About 700 people are dying from COVID-19, on average, each day. So far, more than 220,000 Americans have died from the virus.

Seeking to slow the spread of coronavirus, the U.S. Centers for Disease Control and Prevention recommended on Monday that face masks be worn by everyone in all public transportation settings.

That includes both passengers and people working in stations, terminals and airports across the country, CBS News reported.

So far, the Trump administration has not issued any national mandate on face coverings, instead leaving that decision to state and local leaders.

In the new interim guidance, the CDC called masks “one of the most effective strategies available for reducing COVID-19 transmission.” Wide use of masks helps protect those at higher risk of severe illness from COVID-19 as well as workers who frequently come into close contact with other people in airports, bus terminals, train stations and seaports, the guidance stated.

Most U.S. airlines, Amtrak and many other transport companies already require passengers and staff to wear masks, CBS News reported. The CDC urged passengers and workers on all airplanes, ships, ferries, trains, subways, buses, taxis and ride-shares to follow suit.

For months, research has shown that face masks help curb the spread of COVID-19. In the new guidance, the CDC said everyone “should wear masks that cover both the mouth and nose when waiting for, traveling on, or departing from public [transportation]. People should also wear masks at an airport, bus or ferry terminal, train or subway station, seaport, or similar area that provides transportation.”

The guidance also urges transport operators to “refuse boarding to anyone not wearing a mask and require all people onboard, whether passengers or employees, to wear masks for the duration of travel,” with exceptions for eating, drinking and medical disorders that prohibit mask wearing.

Three weeks after becoming the first big urban area to reopen public schools since the pandemic began, New York City is not seeing a feared surge in cases among students and staff.

Instead, health officials are seeing a surprisingly small number of COVID-19 cases, the Times reported.

Of the more than 15,000 staff members and students tested randomly in the first week of its testing regimen, the city has gotten back results for close to 11,000. There were only 18 positives: 13 staff members and five students, the Times reported. Even better, when officials put mobile testing units at schools near the Brooklyn and Queens neighborhoods that have had new outbreaks, only four positive cases surfaced in more than 3,300 tests conducted since the last week of September, the newspaper said.

New York City is facing fears of a second wave of the virus fueled by local spikes in Brooklyn and Queens, and official have closed more than 120 public schools as a precaution, the Times reported.

Still, the sprawling system of 1,800 public schools is a bright spot as the city tries to recover from a pandemic that has killed thousands and weakened its economy.

When the city reopened its school system in September, roughly half of the city’s students opted for hybrid learning, where they are in the building some days, but not others. The approach has enabled the city to keep class sizes small, the Times reported.

“That data is encouraging,” said Paula White, executive director of Educators for Excellence, a teachers group. “It reinforces what we have heard about schools not being super spreaders.”

COVID continues to spread around the globe

By Wednesday, the U.S. coronavirus case count passed 8.3 million while the death toll neared 221,000, according to a Times tally.

Curbing the spread of the coronavirus in the rest of the world remains challenging.

Several European countries are experiencing case surges as they struggle with another wave of coronavirus infections and hospital beds begin to fill up, the Post reported.

In England, Prime Minister Boris Johnson has instituted a three-tier lockdown in a bid to slow a startling spike in coronavirus cases across the country. In the past three weeks, new coronavirus cases have quadrupled and there are now more COVID-19 patients hospitalized than before the government imposed a lockdown back in March, the Post reported.

Addressing the nation recently, Johnson warned Britons that the country’s rise in cases was “flashing like dashboard warnings in a passenger jet.”

Things are no better in India, where the coronavirus case count has passed 7.6 million, a Johns Hopkins tally showed.

Nearly 116,000 coronavirus patients have died in India, according to the Hopkins tally, but when measured as a proportion of the population, the country has had far fewer deaths than many others. Doctors say this reflects India’s younger and leaner population.

Meanwhile, Brazil passed 5.2 million cases and had nearly155,000 deaths as of Wednesday, the Hopkins tally showed.

Cases are also spiking in Russia: The country’s coronavirus case count has passed 1.4 million. As of Wednesday, the reported death toll in Russia was nearly 25,000, the Hopkins tally showed.

Worldwide, the number of reported infections passed 40.8 million on Wednesday, with over 1.1 million deaths, according to the Hopkins tally.

The U.S. Centers for Disease Control and Prevention has more on the new coronavirus.

Wed Oct 21 , 2020
Purdue Pharma, the maker of Oxycontin, has agreed to plead responsible to 3 federal legal rates in an $8 billion settlement relevant to their position in the opioid disaster, Justice Division officials explained to the Connected Push on Wednesday. The settlement is the strongest effort and hard work to date […] 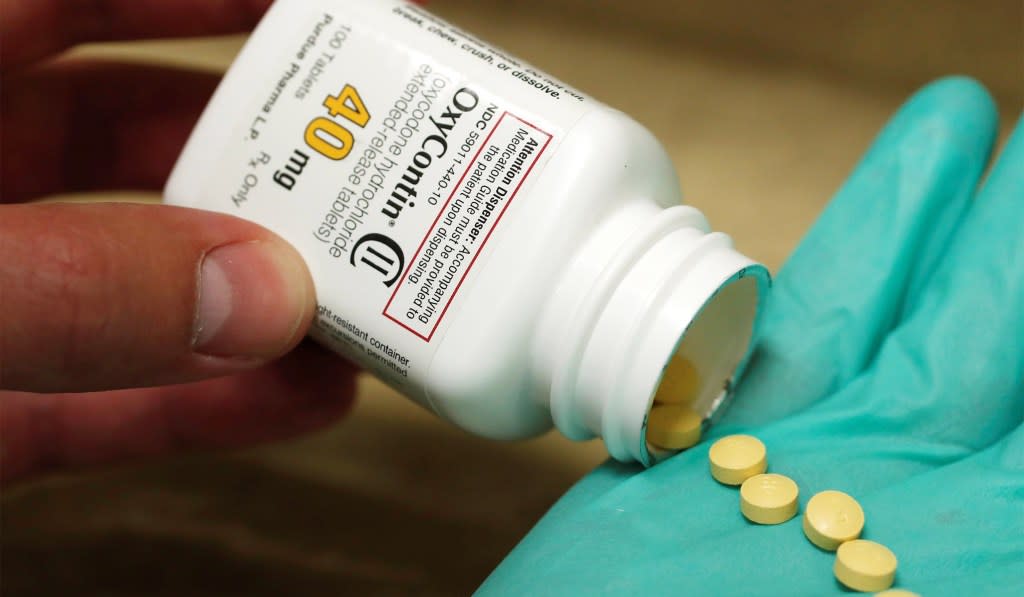